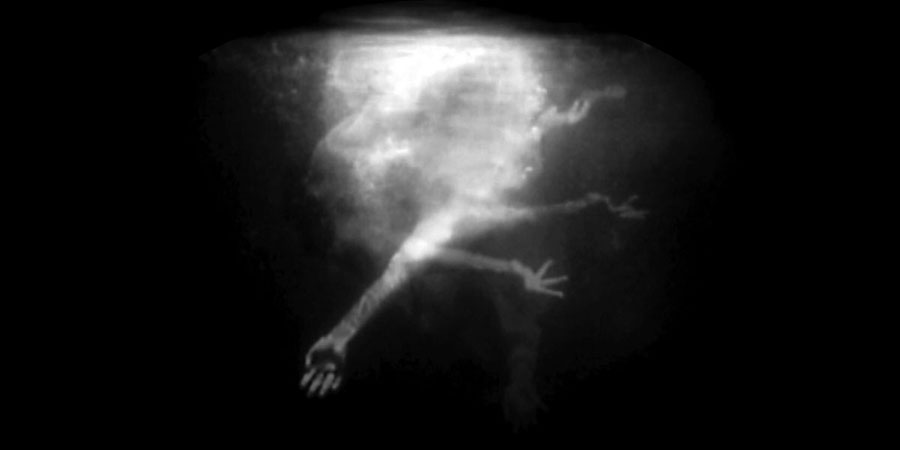 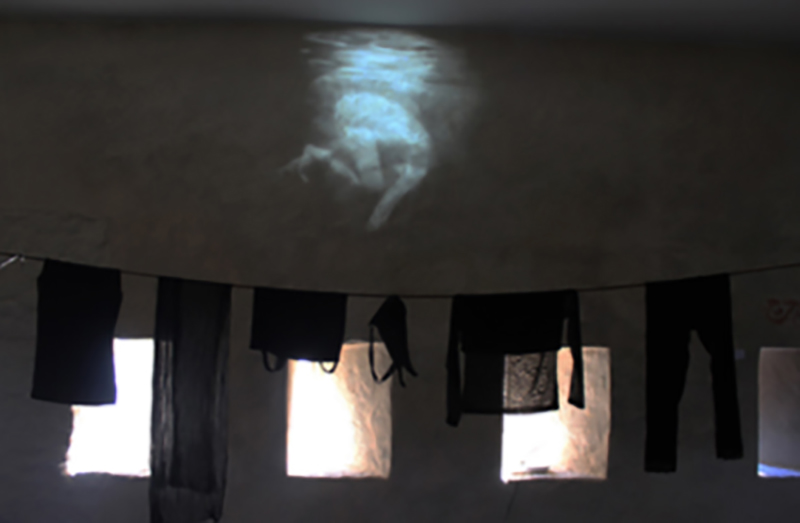 The work ECDYSIS (moulting) is dealing with the idea of changing of psychological meaning in relation to the cyclical processes such as changing the clothes in humans, changing the skin in reptiles or regeneration of the cells in the body. On a broader scale they are reflecting the transcendent processes of birth, life, death and rebirth. The installation deals with the (auto) reflective questionings of the universal themes of the consciousness. The installation consists of the video and stretched rope for drying clothes on which the laundary is hanged. The laundry consists of one of my complete moment of one clothing - pants, shirt, camisole, scarf, underwear.. Video is black and white shot of the hoops in the sea played in a constant loop. In the video, a melancholic sound is occurred sporadically, very quietly. ( samples from David Lynch and Lyke Li' - I'm waiting here)